12 weeks. 7 countries. 9 flights, 2 train rides and 34 bus journeys. These numbers sum up my 3 month adventure across the Asian continent. Along the way, I traveled by every possible means of transport imaginable…foot, bike, boat, bus, songthaew, car, van, train, tuk-tuk, motorbike and, of course, airplane. I met some truly wonderful people, a couple of which proved that the world is a freakishly small place. I raked up so many visas and stamps in my passport that I only have one blank page remaining in my passport with 4 years of validity left!

With so much that I accomplished in those weeks, I thought I’d talk a bit about a question I’ve had a lot since I have returned. What were the highlights?

If I had to pick just one thing, I would say that getting to meet the King of Bhutan, though realistically, the whole of my family’s trip in that tiny Himalayan kingdom was the highlight, particularly with its incredibly memorable hike up the Tiger’s Nest monastery.

Of course, there was also 2 days I spent trekking the “Dragon’s Backbone” Rice Terraces in China’s Guangxi province. I had met some truly wonderful travelers, which made the stay in rugged (and chilly) hill tribe villages all the more enjoyable! It’s where I first sampled the wonders of bamboo shoots and the delectable bamboo fried rice…to this day the single best thing I ate in China!

A few other highlights from China included the night spent in a Buddhist monastery on the trek up to the top of Emei Shan, the whole of Yangshuo and the Tibetan areas of Western Sichuan, including my oh-so-wonderful bus that got stuck in the snow on the top of a mountain pass! And, of course, I couldn’t possibly forget my truly amazing train ride!

My amazingly relaxing few days spent at Si Phan Don (literally “4,000 Islands”) in southern Laos. After a week of bemoaning how touristy my favorite Southeast Asian nation had become, I rediscovered just what I loved so much ab out it while lounging around in a hammock on the banks of the Mekong river!

I don’t think I will ever forget the first time I laid eyes on Hong Kong‘s truly stunning skyline, helmed by the famous Bank of China tower. Jet lagged after 23 hours of traveling, I took a seat in Hong Kong Park and just stared, awestruck, at the most incredible architecture in the world that was surrounding me!

This trip marked my first visit to a country where Islam is the major religion and there wasn’t quite anything like hearing that first “call to prayer.” And standing at the base of Kuala Lumpur‘s “symbol,” the Petronas Twin Towers and staring straight up was a truly titillating experience.

And experiencing the incredible Lotus Lantern Festival certainly made my all-too-short experience in Seoul a memorable one!

It would be difficult to put this list together without mentioning the conflict in Bangkok, which was just heating up while I was there. In fact, April 10, my family’s last full day in the Thai capital, was the day that the Thai army and “Red Shirt” protestors first clashed, ending with 25 people dead. Though the clashes were on the other side of town, the protestors had taken over the commercial district not too far from where we were staying (I don’t know what it is with Bangkok, but whenever my family joins me there, something always happens, as last time around there were 7 simultaneous bombings on New Year’s Eve 2006!). It was the first time in my life that we had to plan what we could do based on where it was safe to go!

Sure, some of these, like the political crisis in Thailand or getting stuck in the snow don’t really classify as “the highlights” of my trip, but often times, those negative experiences turn out to be some of the most memorable! (Case in point: road travel in Laos in 2006)

So there ya have it! The highlights, at least in my book! Of course, there were so many other truly wonderful moments (like my experiences CouchSurfing or spending my birthday morning with my entire family) which can be found in my posts from my trip! After all, this was the adventure of a lifetime (though certainly not my last)! 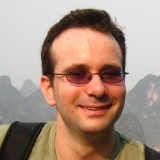 2 replies on “Asian Adventure: The Highlights”

Thank you! Southeast Asia is fantastic and so much different that northeast Asia. While I haven’t spent time in Japan, I can tell you that China differs greatly (in a pretty amazing way…and nobody speaks English…I mean nobody!